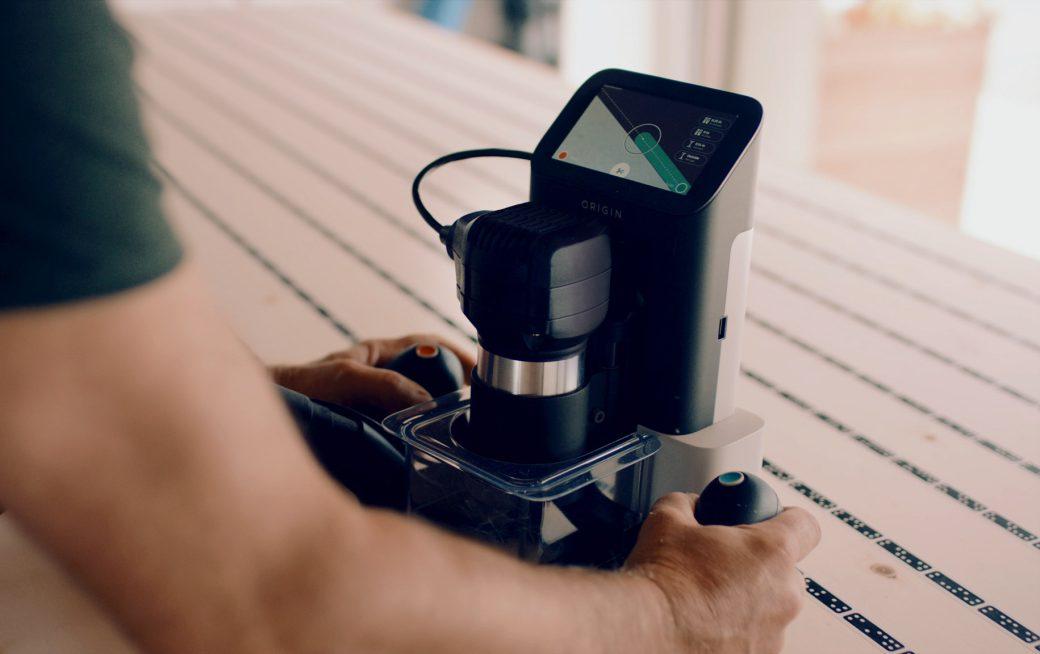 Whatever you know about CNC machines, forget that for a moment. Instead, imagine being able to take the CNC to the material and never again be limited by the size of a workspace or the piece being created. Better yet, imagine actually being able to own a CNC as a hobbyist maker and still have room to park the car—or even keep the car, for that matter.????

[box type=”info” align=”” class=”” width=””]CNC is an acronym for Computer Numerical Control. A computer converts a design produced in some kind of computer-aided design (CAD) software into numbers. Those numbers then represent the coordinates of a graph and control movement of the cutter.[/box]

A group of guys from MIT, Apple, Amazon, Google, and Tesla (suddenly, I feel extremely inadequate) have created an amazing new tool that will change the face of making as we know it today. They haven’t reinvented cutting or routing. They’ve just made computer-guided cutting and routing much smarter, completely portable, unlimited by scale, and within reach of the hobbyist maker.

Origin is the world’s first hand-held CNC machine and its primary target is the maker community. Via its built-in WiFi or USB port, the machine accepts SVG files as cutting templates. SVG is a common format among popular design software suites. There’s also a ShaperHub (or will be upon official retail launch), where designs developed by Shaper and its community will be available for download. The tool itself can also be used to design by tracing out the design directly on the workpiece.

Origin uses a fiducial marker system to orient itself to the workpiece. The user applies what the company calls ShaperTape to the entire work area. ShaperTape is a low-cost, disposable black and white tape that resembles dominos. The tape itself doesn’t have to be placed perfectly straight or even parallel, as it’s only used to create a reference map of the surface for the device. Once the tape is applied and the work surface has been scanned, cutting can begin.

As the user traces the design, Origin constantly monitors its intended path via the tape and through its onboard cameras to ensure track accuracy. If you stray off track, the blade retracts so you don’t ruin your work. The Origin’s dual-axis stabilization also ensures extremely precise, almost fluid-like cutting or, as Shaper likes to call it, auto-correct for the hands.

Here’s a brief video with a bit more detail around how the Shaper Origin works:

Shaper Origin is available for pre-order now from ShaperTools.com. Retail will be about $2100 and there is a discount for those who pre-order. Right now, it appears that the first units will start shipping in January 2018. That’s a long time to wait for a pretty exciting tool, but it’ll be worth it for those who have wanted to get into CNC but couldn’t find a way. You can bet we’re going to put it on our wish list so we can share more.