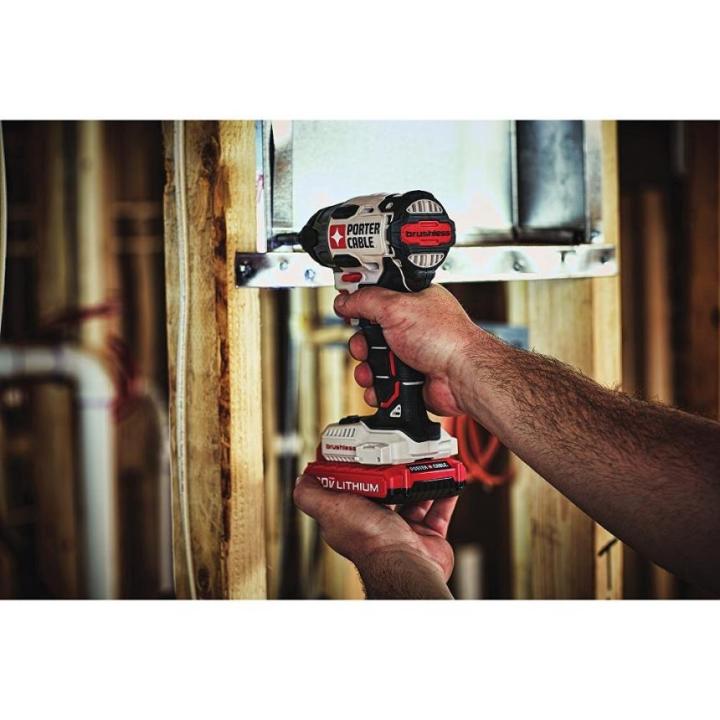 Hangin’ out at my local Lowes the other day while the wife shopped for new shoes or something, I noticed them really pushing the Porter Cable line with end-cap displays all over the place. Naturally, I just had to play with some of the new tools, so after some cooperation from the Lowes tool guy (thanks, “Roger!”), I was able to do so… kinda.

Porter Cable is one of those brands that’s been around for over 100 years but seem to get lost in the marketing noise that comes from brands like DEWALT, Milwaukee, and others. And while that certainly says something about how much more aggressive at marketing those brands are than Porter Cable, it doesn’t necessarily equate to better quality tools. In fact, I’d be willing to put some of the new Porter Cable tools I [somewhat] tested out at the store up against some of those brands’ tools (and just might one day).

I should note that both tools have been available at select Lowe’s stores since September and should be available nationally at Lowe’s and independent retailers in November. The MSRP for each, including two batteries and a charger in each kit, is $139. On Amazon, they’re a bit more and the impact driver isn’t shipping for another month or so–at least when we wrote this.

While I couldn’t test runtime in the store, Porter Cable claim their new Brushless EDGE Drill/Driver boasts 50% more runtime than its predecessor, as well as 20% more power and improved bit retention with its 1/2″ ratcheting chuck. Combined, the brushless motor, high-speed transmission, and 1.5 Ah battery deliver up to 370 MWO. A two-speed gear transmission delivers up to 450 RPM in low-speed mode, for high-torque applications, and up to 1,800 RPM in high-speed mode.

While slightly less “powerful” (for lack of a better measurement) than some 18V and 20V brushless drill/drivers from other brands, the average Joe won’t notice. Plus, some brands play-up the 20V over 18V hype by pricing their 20V lines much higher than the alleged gains they bring to the table. Porter Cable seems a bit more reasonable in that regard. Also, some others that were either comparable in price and had almost identical specs didn’t include batteries or a charger.

At 7.4″ long and weighing in at 3.3 pounds, this drill is more compact than many of its competitors, too, even with its low-profile 20V Lithium Ion battery installed. More on the batteries in a sec.

Compared to its predecessor, the Porter Cable Brushless EDGE Impact Driver also features longer runtime, shorter tool length at 5.8″, and weighs 2.9 lbs with battery installed. Together, the brushless motor and transmission generate 1,400 inch-pounds of maximum torque and the variable speed trigger delivers between 0-2,700 RPM. It’s equipped with a 1/4″ quick-chuck for one-handed bit swaps.

This impact driver felt very comfortable in my hand and actually more balanced than some competitors. In fact, the build quality seemed more robust than the others I tried in-store the same day or when compared to those I own (from what I could recall). Some impact drivers are top heavy but the Porter Cable felt more manageable when that twisting torque we all love kicked-in.

Both tools come with two 20V Lithium Ion batteries, an integrated onboard battery indicator, over-molded grip designed to reduce vibration and fatigue, rubber bumpers to protect from reasonable bumps-n-drops, a belt clip to keep the tool at the ready, and an LED work light that stays on for 20 seconds at a time.

I will say that I’d rather each kit include larger batteries. 1.5 Ah is adequate for smaller jobs, but something larger would make for fewer battery swaps. That said, you will have two batteries in the kit, so you could charge one while using the other, but I’m not sure what the charge time is and if that would keep up with all-day usage. I’ve read some reviews stating that the charger is too slow to maintain constant use between two batteries. But, if you buy both tools, you’ll likely be using just one at a time, so you’d really have four batteries and two chargers. Just sayin’.

Overall, these are great additions to the Porter Cable line that doesn’t seem to get as much airtime as other brands. That’s mostly their fault, but these drivers are certainly worth a look whether you’re a weekend warrior or a pro. 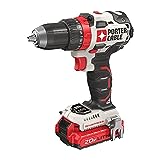 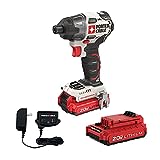