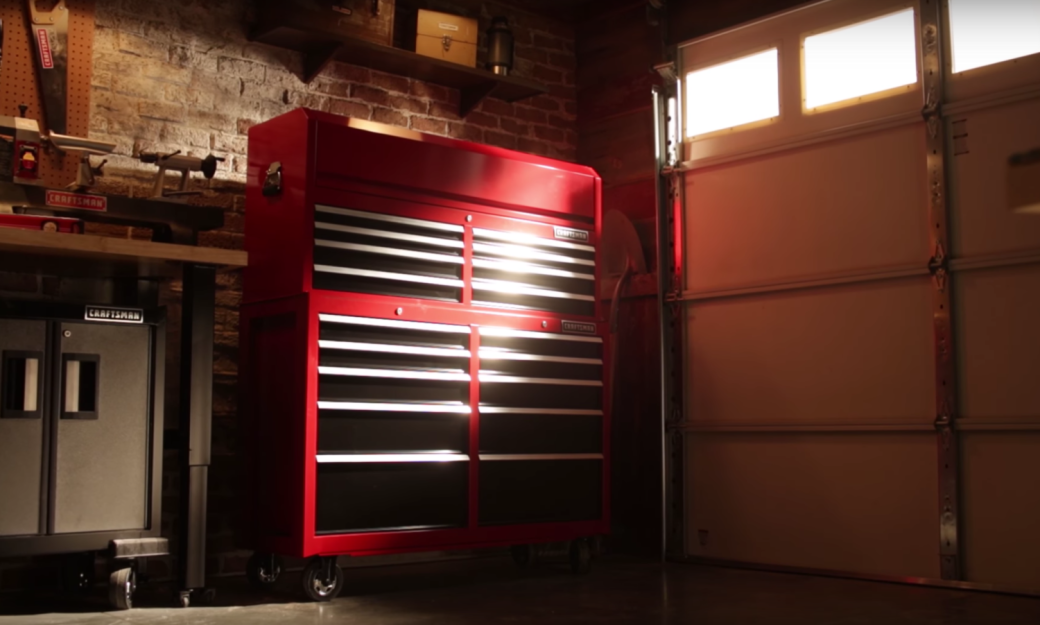 Back in 1987, when I was 17 years old, I temporarily moved back to my hometown in southwest Florida to attend diesel mechanics school. To get by, I worked three jobs including an apprenticeship at a big-rig repair shop and lived with my grandmother.

One day, my father (RIP) took the five-hour trek to surprise me with an early birthday present: a shiny new Craftsman tool chest, along with a new set of pro-level Craftsman hand tools.

29 years later, that tool chest still lives in my garage and still holds many of the tools my father brought me that day. That tool chest has been through a lot—it served me well in school, it was my primary toolbox at a detail shop I ran for several years in my 20s, and I sometimes still use it today for extra storage. Sure, it’s been spray-painted a few times and some of the drawers barely open, but she still works, for the most part.

Up until not too long ago, I’d had somewhat of an affinity for the Craftsman brand, which began around 1927 (the brand… I’m not THAT old). Admittedly, they’re not my go-to tools anymore for reasons I won’t get into here, other than to say that Craftsman is not quite the brand I once knew. But change happens. And some will continue to compare professional, consumer, and prosumer tools unfairly against one another.

That said and for our community of mostly weekend warriors, the new Craftsman 52″ heavy-duty tool chest/rolling cabinet combo looks solid. Available in red or black and as separate pieces (top and bottom), for our purposes, we’re looking at the combo as a whole.

The top tool chest has a huge flip-top storage area that doubles as a charging station with its integrated six-outlet power strip and two USB ports. The lid itself is supported by heavy-duty gas struts and, unlike my old box, I *think* the drawers on this one will still open with the top lid closed. 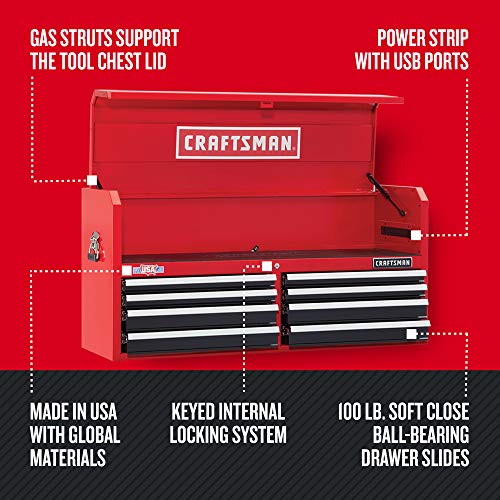 Inside and at the back of the top storage area, there’s a lever to stop the drawers from opening. This isn’t the same as the keyed lock, which is on the face of both the top and bottom chests and will actually lock the unit, requiring a key to unlock each.

The top chest also has a set of handles, one on each side.

There are eight half-drawers on the top chest and 10 on the bottom rolling cabinet, each capable of holding up to 100lbs. The top chest has two different sized drawers, while the bottom cabinet has four drawer sizes (size meaning storage capacity).

The drawers glide smoothly, each on a set of DynaGlide soft-close ball bearing sliders that won’t let the drawer slam when closed aggressively. Each drawer also incorporates an aluminum blade handle with ridges for a better grip when hands are greasy. 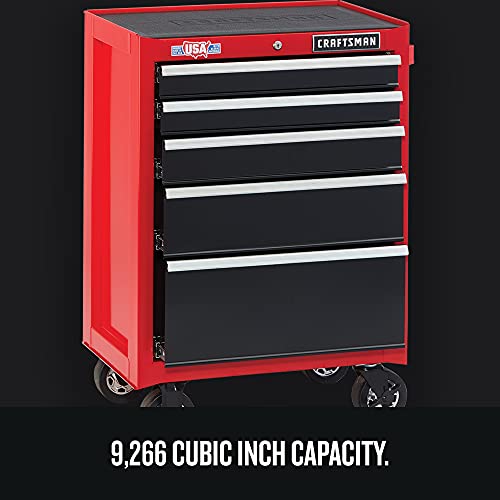 The bottom rolling tool cabinet rests on four 5″ casters capable of holding 1,500lbs while still being maneuverable. On one side, a tubular handle makes rolling the bottom cabinet easier and doubles as a place to hang a shop towel or two. The bottom cabinet weighs in at 221lbs, for a combined weight of about 376lbs.

I’m actually in the market for a new tool chest combo, and while there are many to compare, the Craftsman is one I’ll certainly consider and you should, too. You can buy them separately in the following links: 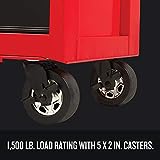 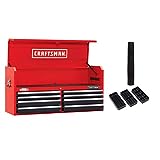 3 thoughts on “The New 52″ Heavy-Duty Craftsman Tool Chest (Plus, #throwbackthursday)”