I’ve done several different rounds of modifications to my Jeep and each time I do, I have to reconfigure things like gear ratio, tire size/speedometer, idle speed, and certain creature-comforts I either want or don’t want.

Until just recently, I used a $180 OBDII device, designed specifically for my model/year Jeep, with a bunch of dip switches, worksheets, and printed charts to figure it all out. I also use a different device to diagnose trouble codes—the excellent BlueDriver OBDII Scanner from Lemur (we reviewed it here).

While it’ll take a lot to get me to part with my BlueDriver for troubleshooting error codes, I wanted something with some kind of visual confirmation when I changed on-board settings—something that doesn’t cost $400+ with a giant touchscreen that I don’t need—and something that could also read trouble codes. 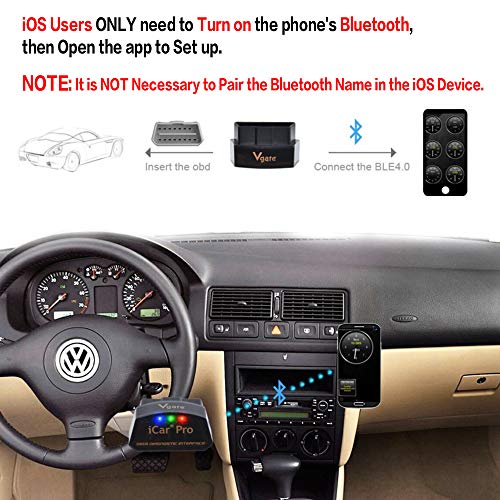 This $30 little device—paired with the right third-party smartphone app—gives you the same access to your vehicle’s OBDII data that many of the much more expensive devices offer. And, unlike my dip-switch device, it doesn’t lock me to a particular vehicle via its VIN.

It’s All About the Apps, Really

By itself, the Vgate iCar Pro doesn’t do anything. You have to pair it with a third-party app. Of course, any OBDII smartphone app you get from the online app stores needs to communicate with the vehicle somehow, and that’s usually done via a BLE (Bluetooth Low Energy) OBDII adapter. That’s where the Vgate iCar Pro comes in. The iCar Pro plugs into a vehicle’s OBDII port—usually located visibly under the dashboard on the driver’s side—allowing you to read and clear trouble codes, visualize real-time vehicle data, as well as change certain default vehicle settings. 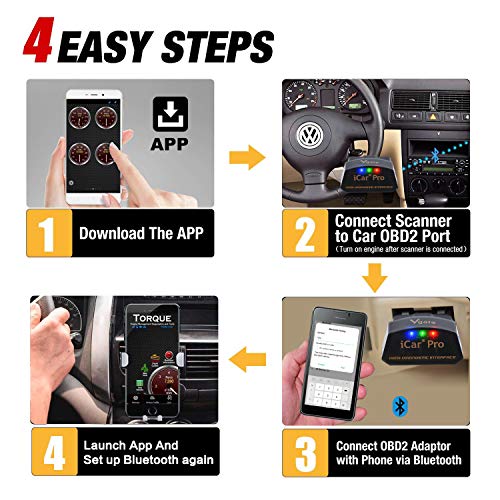 Depending on the app being used, the Vgate iCar Pro will allow you to:

There appear to be more apps compatible with the Vgate iCar Pro for Android users than IOS users, which makes sense given Apple’s walled garden approach to apps (jab intended). At the time of this writing, the apps listed as being compatible with the Vgate didn’t include JScan, which I’ve been using for my Jeep recently, but there are a bunch of BLE apps available on the Google Play store that may work with the Vgate just fine. Two of the more popular OBDII apps, which Vgate does list as compatible, are Fusion and Torque Pro. Both are about $5 and both have nice user interfaces, including pretty real-time gauges, if you’re into that. 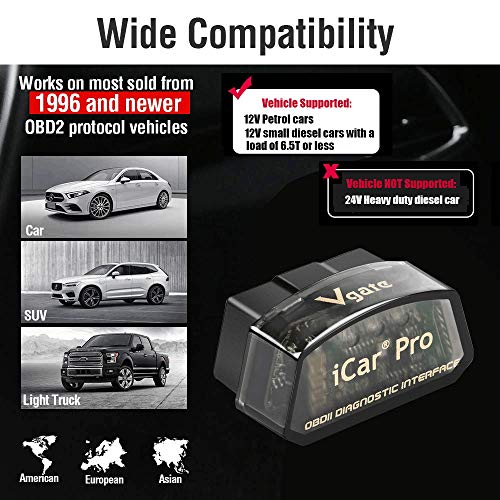 Here are some screenshots from a few different apps that can interface with the Vgate iCar Pro, just to give you an idea of what it can do:

It’s tough to do a star-rated review of OBDII interfaces like this because it ends up being more about the apps interfacing with it (e.g., our BlueDriver review, which mostly covers Lemur’s own proprietary app because the device itself doesn’t do much). If we had to give the iCar Pro any stars, we’d probably give it a 4 or maybe 4.5 out of 5.

The device itself is sturdy enough but is constructed of a clear plastic that could crack over time or if dropped. Maybe. It’s definitely not as strong as the BlueDriver or other OBDII interfaces we’ve handled in terms of its housing. The iCar Pro does come with a nice, albeit bulky, plastic box with a secure cushioned cutout for the device to rest. We had to buy a third-party case for our BlueDriver but that case is more durable than the iCar’s plastic box.

The Vgate iCar Pro is also [seemingly] a bit slower at scanning than the BlueDriver—at least in our comparisons. That absolutely could be the apps we’re testing and using, but they all ran noticeably slower than the BlueDriver app. The iCar does claim to scan up to 30 PIDs/second, which is comparable to some far more expensive devices. We didn’t see (or look very hard for) how fast the BlueDriver scans. There are a lot of different ODBII scanners out there, so a comparison to just one other that doesn’t even have all of the functionality of the iCar Pro wouldn’t be fair.

Overall, we’re into this setup for about $60 and are getting the same, if not more, access to our vehicle data than with the other, more expensive setups—that’s the iCar Pro device itself, the JScan app (pro version) + two other apps with overlapping features. Not bad at all.

If you’re looking for an affordable OBDII scan tool that works with your smartphone and might allow you to configure settings you otherwise couldn’t, the Vgate iCar Pro could just be for you. We like it. 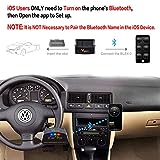