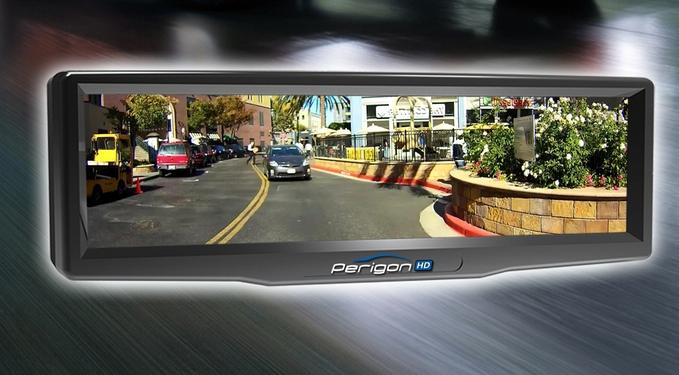 If you’re a regular here at GarageSpot, you probably know we’re big fans of innovators and startups. We’re always on the lookout for cool Kickstarter campaigns and the like, particularly within the automotive space.

Recently, a tip came in about a new startup called Perigon Automotive Technologies who have developed a seemingly simple idea that makes us ponder why it hasn’t been in our cars all along. The project is a new HD digital rearview mirror, and it’s pretty cool.

Many of us have backup cameras in our vehicles, but unless you hack the system, they typically only work when driving in reverse. The Perigon Digital HD Rearview Mirror provides real-time HD imaging while driving both forward and backward. The mirror also provides 3x-5x greater viewing angles than standard rearview mirrors, giving drivers an accurate 1:1 perspective of objects nearby. And because it uses a wide-angle lens, it virtually eliminates dangerous blind spots.

Perigon’s Wide Dynamic Range and VisionClear technologies enhance the video in rain, fog, snow and low-light conditions. The system also uses a wired high-speed raw data transmission solution in order to ensure video images are sent to the mirror in real-time, as opposed to the slight lag or delay that is often associated with cameras that compress and then decompress data. The system also supports picture-in-picture functionality, should you wish to add dash cams, side view or backup cameras.

While the Perigon mirror itself simply clips onto existing rearview mirrors, there are two cables will need to be run to different areas of the vehicle—one to a 12v cigarette lighter plug to power the unit and another to the camera in the back of the vehicle. Most of us will want to hide those wires under the vehicle’s headliner, pillar covers and carpet to keep them out of sight.

To help fund the Perigon Digital HD Rearview Mirror project, the company launched a Kickstarter campaign this week and are looking to raise a total of $100K to help put their new HD digital mirror into cars everywhere, with the larger goal of eventually replacing the conventional rearview mirror. Early supporters can pre-order the Perigon for $219, which is 50% less than the proposed retail price. 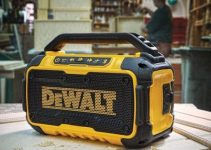