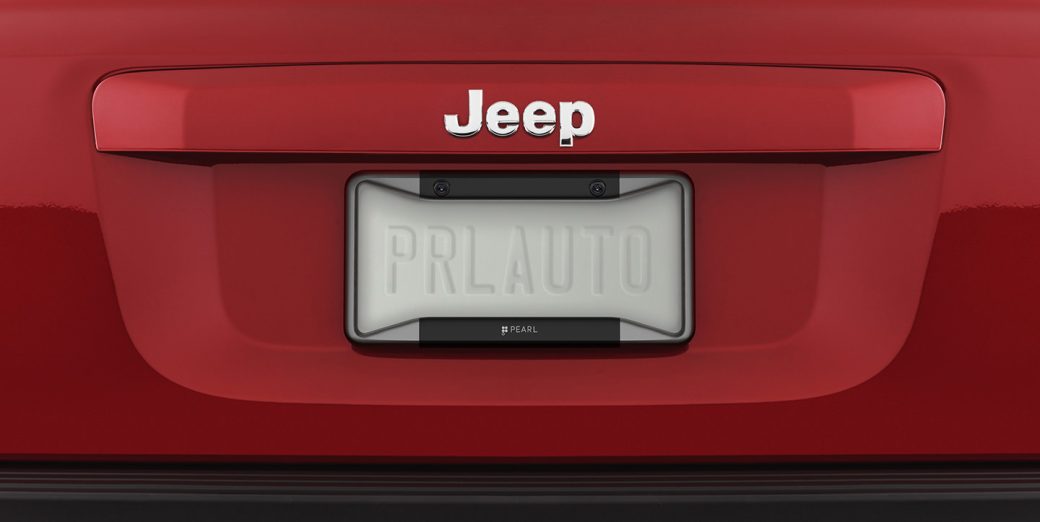 What do you get when some former Apple guys decide to build a better backup camera? An elegantly-designed, user-friendly, definitely better but crazy-expensive wireless backup camera.

Most newer vehicles have integrated backup cameras, and there are quite a few pretty affordable aftermarket solutions for those that don’t. Most involve running wires and such, which isn’t a big deal for us garage geeks. But for those who want a truly wireless solution and one that’s as elegant as so many Apple products, the Pearl RearVision might just be the product for you.

The RearVision system consists of three components: the Camera Frame, Car Adapter, and Pearl App. The weatherproof, unibody aluminum Camera Frame installs securely (it’s said to be theft-proof) around your license plate. The Car Adapter connects to the Camera Frame and your smartphone via Wi-Fi and Bluetooth, and plugs into your vehicle’s OBD port telling the app when to display video (e.g., when in reverse, etc.). A magnetic A/C vent phone mount is also included, but not necessary for the system to function.

The Pearl RearVision actually has two seven-element cameras built into the Car Frame—one tuned for daytime, the other for nighttime. Both offer 180° fields-of-view and a hydrophobic coating to repel water droplets in rainy weather. The Car Frame also incorporates a solar panel that can charge with direct or indirect light, making the system truly wireless.

Like newer backup camera systems—OEM or aftermarket—the RearVision can detect obstacles, sounding a tone alarm from the Car Adapter’s built-in speaker and highlighting the object within the Pearl App.

Of course, we have to face the elephant in the room: this thing is expensive. Too expensive, in my opinion. At $500, you could easily go wired with a pro-install, leave your OBD port open for tuners and such, and still save money.

But again… this product was designed by Apple guys. It is elegant. It installs in minutes. It uses your smartphone to display the camera’s video feed. It’s cool and I want one for my Jeep. But I’m just not shelling out that kind of money for what just feels like should cost half the price.

The RearVision kit is available from Amazon or from Pearl Automation directly.