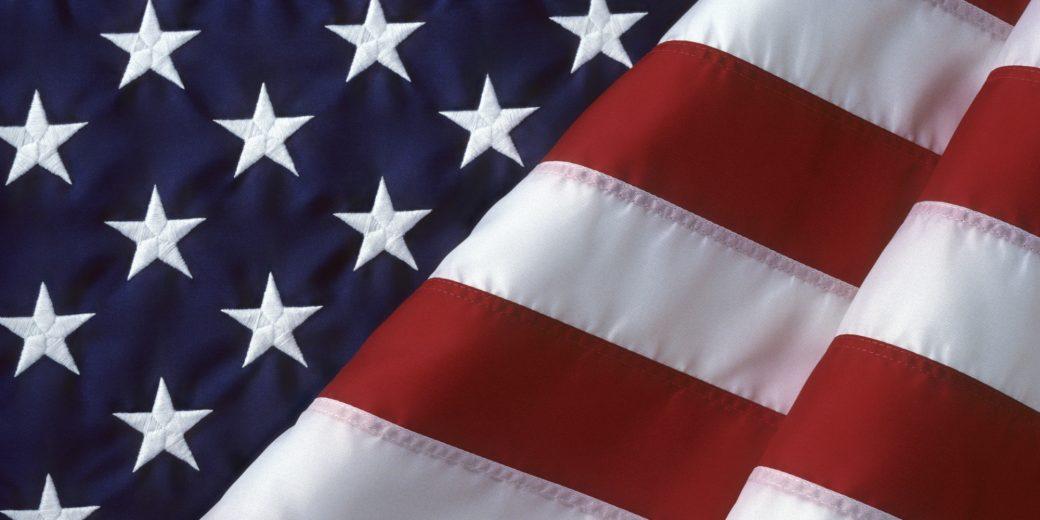 I’m not really a high-n-mighty American Flag policing kinda guy, but I was born on Flag Day, have an immense amount of respect for those who’ve served so we can fly the American Flag, and do get frustrated when I see people abuse it—particularly those who wear it on stage or when Governors lower it half-staff because a celebrity died (more violations here).

So, completely outside of the garage today, I’m posting some reminders. Back to tools and grease tomorrow.

§1. Flag; stripes and stars on

The flag of the United States shall be thirteen horizontal stripes, alternate red and white; and the union of the flag shall be forty-eight stars [Note: Sec. 2 provides for additional stars; Today the flag has fifty stars representing the fifty states — Webmaster], white in a blue field

On the admission of a new State into the Union one star shall be added to the union of the flag; and such addition shall take effect on the fourth day of July then next succeeding such admission

§3. Use of flag for advertising purposes; mutilation of flag

§4. Pledge of allegiance to the flag; manner of delivery

The Pledge of Allegiance to the Flag: “I pledge allegiance to the Flag of the United States of America, and to the Republic for which it stands, one Nation under God, indivisible, with liberty and justice for all.”, should be rendered by standing at attention facing the flag with the right hand over the heart. When not in uniform men should remove any non-religious headdress with their right hand and hold it at the left shoulder, the hand being over the heart. Persons in uniform should remain silent, face the flag, and render the military salute. [See Congressional Notes re use of “under God.”]

§5. Display and use of flag by civilians; codification of rules and customs; definition

§6. Time and occasions for display
§7. Position and manner of display

The flag, when carried in a procession with another flag or flags, should be either on the marching right; that is, the flag’s own right, or, if there is a line of other flags, in front of the center of that line.

No disrespect should be shown to the flag of the United States of America; the flag should not be dipped to any person or thing. Regimental colors, State flags, and organization or institutional flags are to be dipped as a mark of honor.

§9. Conduct during hoisting, lowering or passing of flag

During the ceremony of hoisting or lowering the flag or when the flag is passing in a parade or in review, all persons present in uniform should render the military salute. Members of the Armed Forces and veterans who are present but not in uniform may render the military salute. All other persons present should face the flag and stand at attention with their right hand over the heart, or if applicable, remove their headdress with their right hand and hold it at the left shoulder, the hand being over the heart. Citizens of other countries present should stand at attention. All such conduct toward the flag in a moving column should be rendered at the moment the flag passes.

§10. Modification of rules and customs by President

Any rule or custom pertaining to the display of the flag of the United States of America, set forth herein, may be altered, modified, or repealed, or additional rules with respect thereto may be prescribed, by the Commander in Chief of the Armed Forces of the United States, whenever he deems it to be appropriate or desirable; and any such alteration or additional rule shall be set forth in a proclamation

“In God we trust” is the national motto.

The flower commonly known as the rose is the national floral emblem.

The composition by John Philip Sousa entitled “The Stars and Stripes Forever” is the national march.