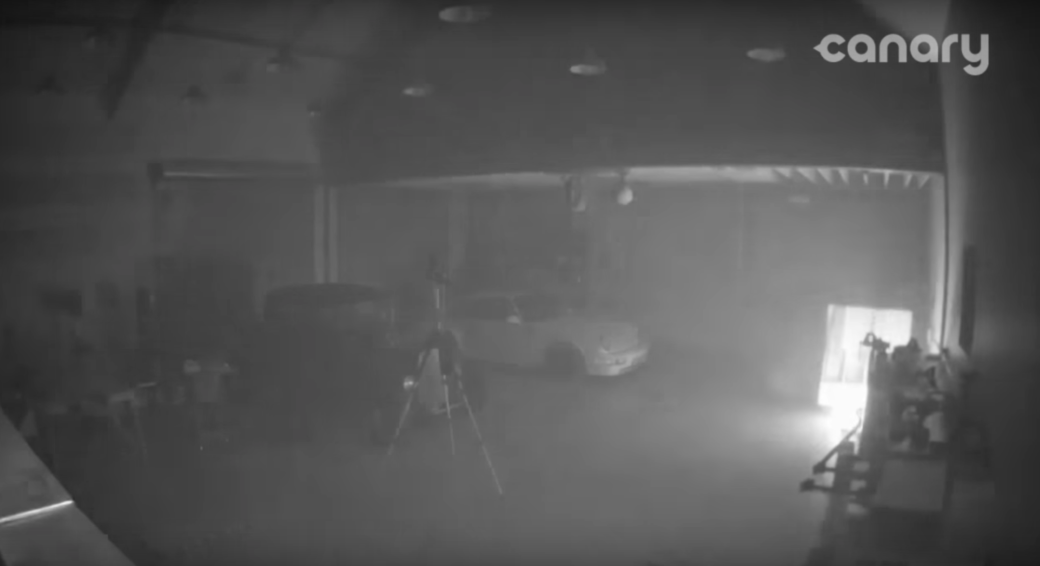 I admit, I very rarely read instructions, labels or anything else that tells me what to do. It drives my wife absolutely nuts. It’s not so much an ego thing as it is a lazy thing. Even when I do read instructions, I usually don’t follow them to the letter. That’s more or less a forgetful thing. ????

It’s comforting to know, I’m not alone. And in this age of sue-first-ask-questions-later, aren’t we all just friggin’ sick and tired of disclaimers everywhere we look?!? Sometimes, though, it pays to read.

Case in point: Ryan Cochran over at one of our favorite online forums, The Garage Journal, recently posted a video that included surveillance camera footage of his own personal shop spontaneously combusting at 3AM. Okay, the shop itself didn’t catch fire, but a large plastic garbage can did burn to the ground, charring nearby walls and filling the entire shop with smoke.

How did this happen? Unwittingly, Ryan left a rag soaked with boiled linseed oil in the trash. Woodworkers often use linseed oil as a finish and Ryan was using it to restore some vintage tool handles.

Here’s the video—the explosions are terrifying. Just imagine if this were your own garage or shop. Ryan is one lucky dude!

According to the National Fire Protection Association, some 4,000 structure fires are caused each year in the United States by spontaneous combustion. Sure, with 300 million people in the US, that may not seem like a lot but, as Ryan found out, it can and does happen when least expected.

In Ryan’s case, boiled linseed oil was the culprit. But turpentine, Super Glue, and other commonly used chemicals can produce the exact same results. Read those labels!